SOUNDALIKES IN METADATA – A Survey

This month, Marina and I took an informal survey on the use of SoundAlike metadata (the names of similar/related artists and musical works) in our industry.

Ad placement, the perennial wellspring of music careers and the burgeoning tech distro scene alike, has long had a symbiotic relationship with SoundAlikes, a longstanding musical tradition with roots in the industry tracing back as long as television itself.

And as well known as the songs and artists subject to imitation may be, the SoundAlike Industry is perhaps equally notorious for its perennial lawsuits. Most recently with Eminem’s $400,000 case against Audi AG in 2017, we at TagTeam have gotten many questions over the last few years about the use of soundalike metadata in libraries, usually from new and growing industry contenders trying to read between the Blurred Lines.

There are some important distinctions skirting the discussion of soundalike metadata in search, and since neither Marina nor I are lawyers (nor do we suggest anything presented in this article should take the place of sound legal advice), we reached out to several friends in the industry to open up discussion on the topic.

Survey 1: Search, Style Of and SoundAlikes

“Relating to libraries having soundalike artist data associated with their music, I’ve witnessed a mixed bag in the industry. By default, SourceAudio’s ‘Style Of’ field, which is intended for this type of use, is only visible to site admins yet affects user search results. But some libraries don’t want to have that data stored anywhere (even if only internally) for fear of potential legal issues.”

When it comes to law, technicalities matter, and with emergent technologies complicating definitions of what it means to market your music as a SoundAlike, opinions differ on what is safe for search. For example, TagTeam Analysis is not (and has never been) in the practice of providing soundalike metadata for dead-ringers—i.e., direct knock-offs of famous songs like the one in Eminem’s “Lose Yourself” lawsuit. What we often provide instead is what Jarrett refers to as Style Of metadata, a more general list of related artists based on subgenre that is meant only to approximate general style similarities, but never to indicate direct imitation.

While this technicality hardly rules out the possibility of your track infringing on someone’s copyright (or being interpreted that way in a court of law), many seem to see the organizational benefits of using general soundalike data mostly outweighing the risks. And as Jarret mentions above, whatever data you use in the Style Of column still forms a part of search on SourceAudio (and undoubtedly others), even if invisible to the end user.

“Being an up and coming music catalogue trying to get placements in the ad/movie/tv world, we’ve realized speed and accuracy in responding to creative briefs are key to being successful. Wanting to avoid any legal/copyright issues, we utilize the ‘Style Of’ SoundAlike metadata on the backend (along with other considerations) to quickly filter our tracks based on other artists that our tracks sound like.”

Even with a library chock-full of the most original and mind-blowing music on the planet, it can be undoubtedly advantageous sometimes to frame your music in the context of your contemporaries, if only as a shorthand for conversations with music supervisors looking for a specific sound.

As Nalini describes above, many in the industry see this private use of SoundAlike metadata as nothing more than that, especially in cases where you know 90% of our searches are coming from within your own team in the first place. And while we do know that this data can play a role in populating search results, who is to say that an algorithm suggesting a track internally flagged as “Eminem” is any different than what has happened informally in the industry for decades: a client saying “We need something like X” and a composer handily recommending their own X-inspired work of original music.

While Eminem’s case dealt with a track literally titled “Eminem-esque” (hard to imagine how that got flagged as infringement), there’s less legal precedent that we’re aware of for implication via search metadata, especially for invisible back-end search metadata. That’s not to say that there couldn’t be legal precedent though, and for many doing the due diligence of protecting their business from liability, the mere whiff of something resembling intent to infringe on someone else’s copyright could be a sign of disaster down the road.

“I’m certainly not a lawyer, however in order to be in our business you have to have Errors and Omissions insurance, which is like Medical Liability Insurance for doctors. If anyone comes to me and says hey, that song on your album is a rip off of my song, and I happen to have ‘a’la Eminem’ in my metadata, it shows intent. And they have a strong case against me, and then my insurance tells me to take a hike.

“There are many times I’ve rejected tracks and made composers change them up if I felt anything sounded too familiar; I’d rather be paranoid than put out of business because of a lawsuit that I could have avoided.”

Everything mentioned so far dances around a central problem, though, and that problem is Intent.

As happens all too often in claims of copyright, sometimes we can intrude on someone’s IP without even knowing it, and nothing cements the case for intentional infringement like writing that person’s name on the work in question.

You can make all the rationales and allowances you want over what you may think is safe given the limited availability of the metadata, how likely you think you are to get sued, etc., but keeping other artists’ names OUT of search metadata is the last stop for libraries trying to keep their nose clean in a notoriously litigious business. “Hidden” metadata being what it may, you could still be just one subpoena away from having all of your soundalike search terms very much in plain view, clearly plotting your path from composition to upload to marketing to willful infringement.

“I personally think sound-alikes are the devil, though I understand their value when looking for a cost effective solution to a video project. But, I started Sencit with a key focus on originality. If we create something in a similar vein to another artist or composer, it’s only because the genre dictates those similarities. But we do not support direct knock-offs.

“In regard to the use in metatags, in my opinion, using an artist’s name could imply an intent to infringe on their copyrights. However, if the metatag is hidden so a user search will populate with relevant songs, then I do not see an issue.”

Of course, the only way to win a losing game is not to play. And the easiest way to stay out of a courtroom litigating what tags might have showed up where is to avoid being sued on grounds of originality in the first place.

Mike takes a more favorable view of back-end search data, but along the way makes perhaps the most important point of all: to focus most on making the music in your library unique from your competitors. (The analysts at TTA would beg the same of you as well, if only for our own sanity.)

It may give you a leg up in the short term to piggyback on the notoriety of those better known than you, but those years spent chasing the careers of others could be years spent refining your own voice as a library and brand, something that will in the long run speak volumes to potential clients. If anything is made abundantly clear with each passing lawsuit, it’s that it pays big to be the one everyone wants to sound like—don’t short-sell your future success as a true original for a few fragile years as knock-off to the real thing. 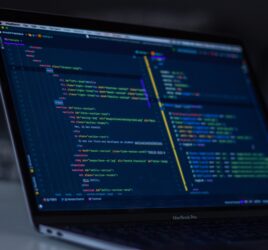 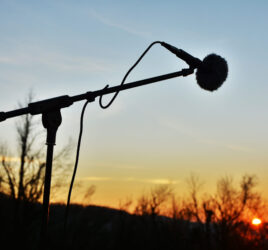